TANK SOLUTIONS: An External Perspective on the Work of ITCO Number 6 - July 2020 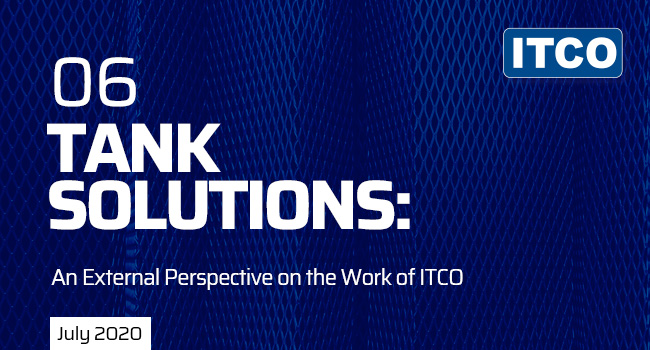 In the sixth in his series of external perspectives on the work of ITCO, Peter Mackay considers the question of the carbon footprint of a tank container - and how that fits into the overall picture of a “sustainability” policy.

Back in the days when I was a junior researcher at an oil consultancy firm, way before the world wide web, I spent a lot of time gathering companies’ annual reports, which were a very useful source of information. These days, companies still produce annual reports, though today I only ever refer to the online version, which at least helps reduce my carbon footprint.

Not least because today many annual reports are accompanied by a corporate social responsibility statement and a sustainability report. Every company - and especially those involved in the movement of goods that have the potential to cause environmental harm - needs to show that they are doing all they can to match the expectations of the public, regulators and, increasingly, their own clients.

My own opinion of some of these reports is that they are striving to give a positive spin on what are, of necessity, operations that do not in any meaningful sense contribute anything to sustainability; perhaps this ‘greenwashing’ is not so prevalent as it once was, but it is obvious that any company preparing a sustainability report is going to stress the upside and skip over the downside.

This is, of course, one area where tank containers have an advantage. Their credentials as a comparatively ‘green’ mode of transport are no secret. More than ten years ago, ITCO published a report authored by Professor Alan Braithwaite that the CO2 emissions resulting from the transport of a cargo in a tank container were just over half of those resulting from the transport of a freight container of the same product in steel drums.

Writing in that report, Professor Braithwaite was clear: “…the tank container appears to be the most energy-efficient way of moving intermediate quantities of bulk liquid materials between and within continents with a sea leg…”. Nothing has happened since then to change that evaluation.

For non-hazardous products, the main competitor in environmental terms is the flexibag, which Professor Braithwaite calculated are not far off the tank container in CO2 emissions. A more recent claim from Hillebrand, which uses flexibags for its foodgrade and other non-hazardous liquids business, indicates that the carbon footprint of a flexibag is slightly lower than tank containers, partly because dry box containers are available closer to the load point than are tanks.

But carbon emissions are only part of the sustainability calculation. Plastics pollution has become a very high-profile aspect of the human impact on the environment, an issue that ITCO has taken onboard actively. And this is not something that either carbon calculation takes into account.

The problem with flexibags is that they are only used once – even Hillebrand calculates that a tank container will, on average, undertake 82.5 trips in its lifetime - and that sounds like an under-estimate which does not, for instance, take account of the remanufacturing of old tanks. And even once retired, the tank of a tank container is eminently reusable – there is a ready market in scrap stainless steel.

Which is not the case for the plastics material that flexibags are made of. Hillebrand claims to recycle a little over half (52 per cent) of its used bags; if that number is accurate then, according to anecdotal evidence, it is doing rather better than other operators.

The world of sustainability is wide open to extravagant claims, with companies very keen to promote their responsible attitude to the environment. But so often, those claims do not take an end-to-end view of their operations. The tank container industry should, I feel, make more of its comparatively low impact on the environment – after all, there are a lot of clients out there who will be keen to do something they can trumpet in next year’s sustainability report.

This is the sixth in a series of six commentaries, providing an external perspective on the work of ITCO. Members are invited to comment to the ITCO Secretariat (hicks@itco.org) or to the author via email on peter@meredithandco.info. Previous articles are available on the ITCO website.