TANK SOLUTIONS: An External Perspective on the Work of ITCO Number 5 - June 2020 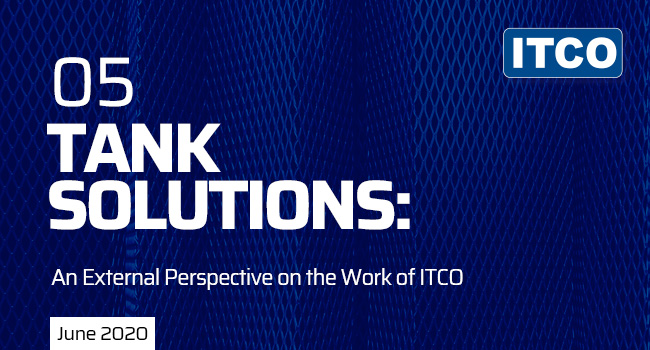 In the fifth in his series of external perspectives on the work of ITCO, Peter Mackay considers the “human element” as the root cause of many incidents and accidents, especially when it comes to entering confined spaces. He encourages ITCO Members to read the Organisation’s latest Guidance Document for safe entry into a tank container, as a reminder of the risks of oxygen-depleted atmospheres

For nearly 30 years now, I have been writing about safety in the production and transport of chemicals and other dangerous goods.

I’m very glad to say that, over that time, there have been immense improvements in safety levels. For instance, in the “bad old days” of regular spillages from oceangoing tankers, we used to speak of “substandard ships” – we don’t have that problem any more (or, at least, not to the same extent).

What has changed is that the oil and petrochemical industries themselves saw that they had to shake things up - or they were in danger of losing their licence to operate. So they introduced schemes to verify the quality of the ships they were chartering (SIRE and CDI) and port state control was beefed up too.

Similar initiatives were put together by the chemical industry, notably Responsible Care and then SQAS. All of these have seen their scope expanded over the years, covering not just safety and quality but also environmental considerations, corporate social responsibility - and, most recently, sustainability. Along the way, they have all wrestled with the seemingly intractable problem of the “human element” as the root cause of most - if not all - incidents.

The tank container business, meanwhile, has been almost immune to all this trouble – it has an enviable safety record, with very few incidents recorded. Perhaps that’s because a tank travels unaccompanied so the opportunity for human error is avoided. Or perhaps it’s just because you are all doing such a great job.

Nonetheless, the tank container sector is covered by the audit and inspection schemes, including SQAS and CDI-MPC, not to mention ITCO’s own depot audit scheme in Asia. And it seems to me that the greatest risks to safety in the whole chain are where humans become involved – areas such as tank cleaning, inspection and maintenance.

As I said, safety standards have improved immensely over the years but there is one area where it seems impossible to stop people doing stupid things – and that is confined space entry.

Every month I hear of people going into confined spaces without the proper equipment, without checking the atmosphere beforehand; or, most distressingly, to rescue someone who has collapsed. It happens everywhere - not just in the developing world, where informal truck maintenance workshops are a major source of such events. It happens on ships, where there are plenty of places for an oxygen-depleted atmosphere to gather, in road tankers, in bulk storage tanks - and even in cesspits (which doesn’t really bear thinking about too closely).

Injuries and fatalities resulting from confined space entry are also a risk for the tank container business; and, while procedures should be in place and training provided for anyone involved in entering a tank or being responsible for those who do, that does not mean that training will be remembered, or procedures followed. Fortunately we do not hear of many incidents - but, as I said, the risk is there.

That’s why ITCO has chosen to add to its burgeoning list of technical guidance with the launch this month of its Guidelines for Safe Entry into a Tank Container. It is a useful reminder that an oxygen-depleted atmosphere can exist in a tank that has been properly cleaned, and that intoxicant or asphyxiant gases can linger in a tank. It also reminds us of the need for every confined space entry to be signed off beforehand by a competent person, who needs to provide an entry permit – which is nothing to do with the cleaning certificate.

ITCO continues to work hard to protect its members’ interests – and the interests of its members’ employees and contractors. The new Guidelines are well worth a read, if only to remind members of what they should already be doing. And best of all they are available free of charge on the ITCO website.

This is the fifth in a series of six commentaries, providing an external perspective on the work of ITCO. Members are invited to comment to the ITCO Secretariat (hicks@itco.org) or to the author via email on peter@meredithandco.info. Previous articles are available on the ITCO website.